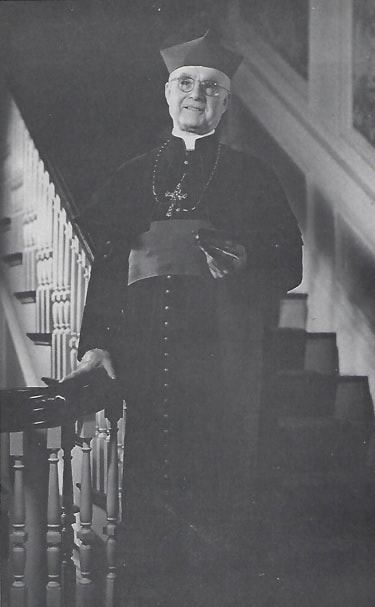 Most Reverend Edward D. Howard, D.D., Archbishop of Portland in Oregon, 1926 – 1967
Part 2
In 1950 a new board of trustees was elected: Mr. John Illias, Mr. Michael Illias, Mr. A. Verbout, Mr. Norman Joergenson, and Mr. Joseph Illias as treasurer who signed the checks. During this time the church was painted inside, the roof was painted, a new confessional was built, and repairs to the foundation were made. The balance in the bank at the end of their term was $3,593.25.

In 1938 St. Birgitta was again given to the care of the priests of St. Patrick's. Father Louis Sanders was the pastor. Father Paul D. Malyszko remembers that during the drive for Central Catholic High School, St. Birgitta went over its quota. In June of 1944 Father John Mitchell, as pastor, inherited Father Sanders’ assistant, Father Paul Zeller. At that time Father Daniel Hurley was in residence. He was followed by Father L. Saalfeld, then Father Joseph Neuville. Father James Gallagher came in 1948 as assistant and stayed only one year when he was succeeded by Father James Harris. After him came Father Franz Schubert. The assistants and resident priests usually took care of St. Birgitta parish, but the pastors took their turns, too. 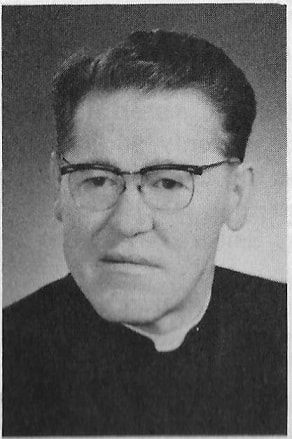 On September 16, 1954, Most Reverent Edward D. Howard transferred Father Milan Mikulich, OFM., S.T.D., from St. Joseph Church in Kronenberg (S.E. Powell Blvd. and 166th Ave., Portland,) to St. Birgitta as the resident pastor with the intention of trying either to provide a site for a new church with parking space and other facilities or to close entirely the old church and divide the territory between the neighboring parishes, since the old church could not survive too long in the age of modern transportation. By the same decree, Archbishop Howard entrusted to Father Milan's spiritual care also, Croatian, Slovenian, Slovak, and Czech people of the city of Portland in the spirit of the Apostolic Constitution "Exsul Familia".

The people of St. Birgitta welcomed Father Milan by giving a potluck dinner and housewares "shower" which provided him with needed utensils including innumerable sets of bowls. 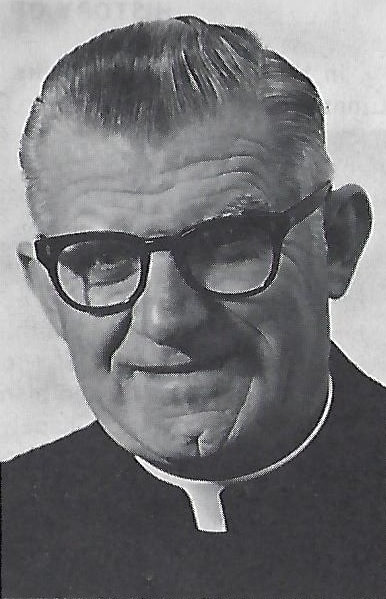 To relieve the men who were burdened with getting up early on Sundays to start the fire, the first step was to transform the furnace from briquets to an automatic oil furnace. Activities began to grow and the cooperation of the parishioners, Croatian people, and Father Milan's friends helped greatly toward some evident progress. In the spring of 1955, through the help of A. D. Newman, realtor, about 3 acres of land was purchased from the mother of Mr. Archie Kingsley, owner of Kingsley Lumber Co., at a cost of $6,500.00. After the papers were signed, even before Mrs. Kingsley was paid by the church, her son, Archie, purchased the property of the West Oregon Lumber Co. and, wanting to have an exit to U.S. Highway 30, was willing to buy the property back from the church, offering much more money. Also, Mr. Dudley Jones from Commonwealth, Inc. approached Father Milan, offering to the church enough money to buy property elsewhere and also to build the church itself because an industrial firm was eager to have that piece of land. Since there was no other suitable site in the area for the church, Archbishop Howard decided against selling it. In 1959 Mr. Kingsley donated a lot and old house adjacent to the church property because the new church had improved Linnton and the activities had made Linnton better known. The house was razed, and that lot is now part of the parking area.

In the beginning there was a suggestion to move the old building to the new site, but the cost of moving was too high. Then it was decided by the parishioners, pastor, and officials from the chancery office to call Carlton Chapels, a Portland firm, which was prefabricating churches and delivering them all over the United States. 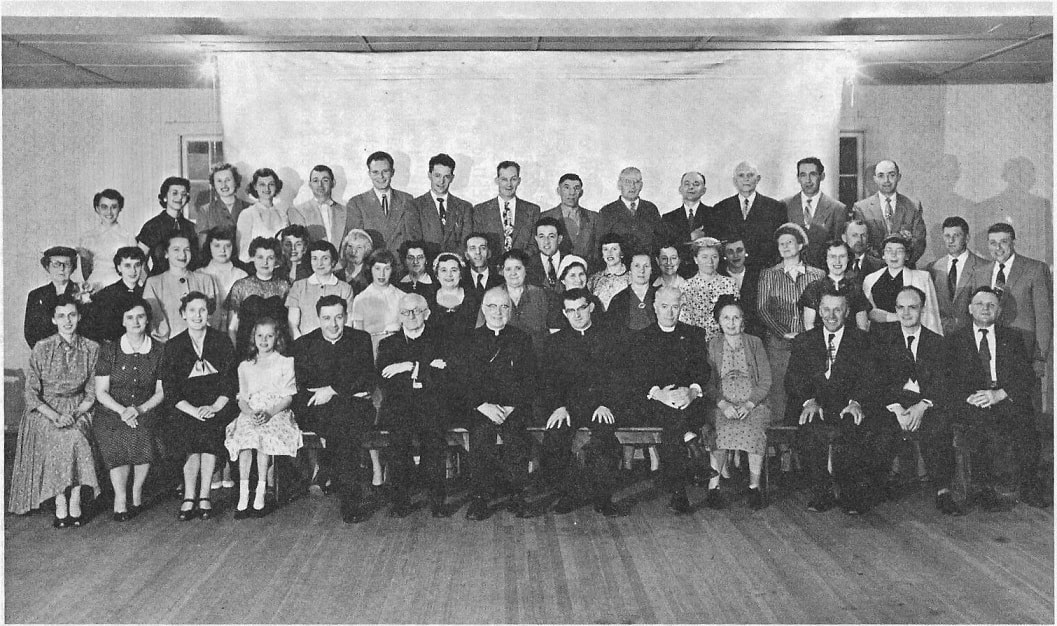 The "kick-off" campaign to raise money for the new church of St. Birgitta
April 16, 1955

Under the supervision of Mr. John Stanton of Jacobberger and Stanton, Architects, the groundbreaking ceremony took place on August 15, 1955. After the foundation and cement block walls and the floor were finished by the volunteers with the donated help and supervision of Knez & Son, General Contractors, one Saturday morning in September Carlton Chapels delivered the building in sections. With the help of volunteers, all outside walls were put up before the day was over. As a result, many people who went to Portland in the morning, were surprised to see a new building in the evening. For that reason, it was called a "MIRACLE CHURCH".

With some donated labor and some paid labor, the building was finished and ready for dedication on Sunday December 18, 1955. The last Mass was offered in the old church at 8 o'clock that Sunday morning, and the first Mass was offered in the new church at 10 o'clock. Between these two Masses, the weather changed for the worse, so much so, that the streets were just a sheet of ice. It was with much difficulty that the Most Reverend Archbishop Howard came for the occasion. There was also an honor guard of Knights of Columbus. After Mass, refreshments were served in the wing of the church. 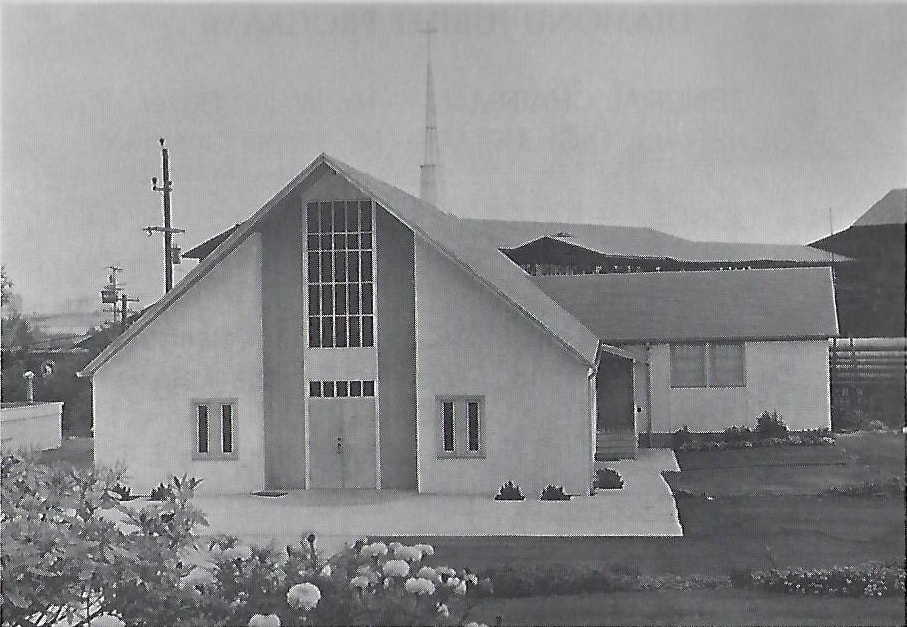 Since money was lacking, the pastor had tried to get much done with free labor. Father Milan prayed to St. Jude to provide him a free bulldozer to do leveling and digging for the basement, promising $5.00 to the poor in his honor. Sure enough, the next day Mr. Bernie Molinari, a parishioner from Sauvie Island came on his own and asked Father Milan if he needed his bulldozer. Bernie was surprised to hear that actually St. Jude had sent him.

A few days later a letter came from the City of St. Jude with various papers asking for donations. Father Milan thought that this was one of those ordinary "begging" letters, and almost threw the papers into the wastebasket. Meanwhile, the picture of St. Jude popped up from among those letters and with his "piercing eyes" said to Father Milan, “Don't you dare do that to me now". Immediately, Father Milan sent $5.00 with a note "To the poor from poorer. I owe it to St. Jude."

In spite of so much donated labor (any visitor to the building site could be sure he would receive an invitation to help himself to a tool and get busy) the actual cash expenses for the land, building, furniture in the church, and work outside the church came to about $38,000.00. The Church Extension Society from Chicago donated in cash and vestments $6,000.00, which was a good incentive to the parishioners, who also donated toward the new church about $10,000.00, while the friends contributed about $2,000.00. A loan of $20,600.00 from the Chancery Office was obtained. In addition to the free labor on the building project the parishioners and friends were working very hard and very long on church activities such as bazaars, dinners, sales etc. in order to pay the debt.

In June of 1957, the Most Reverend Archbishop Howard appointed Father Milan Mikulich to take care of the Polish church, St. Stanislaus, where he resided while caring for St. Birgitta as well. They were treated as two independent parishes. During his stay at St. Stanislaus, between 1957 and July 1964, the improvements on this church, rectory, inside and outside, the garage, and the grounds were made in the amount of $30,000.00.

From 1955 until 1959, the old church building at St. Birgitta was used only for fundraising activities. The city fire marshal declared it a firetrap and ordered some repairs which would have amounted to about $5,000.00. For this reason, after many difficulties, it was decided by the parishioners and the pastor, with the permission of the Most Reverend Archbishop Howard, to build a new church hall next to the new church. The old church was sold on August 21, 1959, for $2,000.00 to a private individual who was selling fishing worms in it. Since it was not known that the building was privately owned, some believed the worms were sold for the benefit of the parish. A manager of US National Bank in St. Johns said to Father Milan once that he was helping his church by buying the church worms!
Continue to Part 3
© Copyright 2022 St. Birgitta Catholic Church. All rights reserved.
ST. BIRGITTA CATHOLIC CHURCH